Provincetown is known for its beauty being surrounded by dunes and beaches. Three quarters of the land area is protected from development by the Cape Cod National Seashore. The Pilgrims first landed in Provincetown in 1620, and signed the Mayflower Compact, a declaration of self-determination and radical thought, that characterizes the history and people of Provincetown, even today.

Provincetown has the largest, deepest and safest natural harbor on the New England coast, so it was one of the busiest sea ports in the country. The fishing industry faltered. Provincetown turned to tourism to fill the economic gap.

In the 1920's, the artistic and literary productions of the town were of international repute.  Lots of maritime businesses became homes for seasonal tourists, sail lofts, studios, galleries and shops. During this time a gay & lesbian presence grew alongside artists, writers, and playwrights from New York City and elsewhere. Gradually, poets, novelists, artists, radicals and and their fans began to visit Provincetown during the summer months. Later many of these visitors took up permanent residence.

Now-a-days, the volume of preserved historic buildings, the sea and citizenry, all come together to create a magical place. Provincetown is truly like nowhere else. 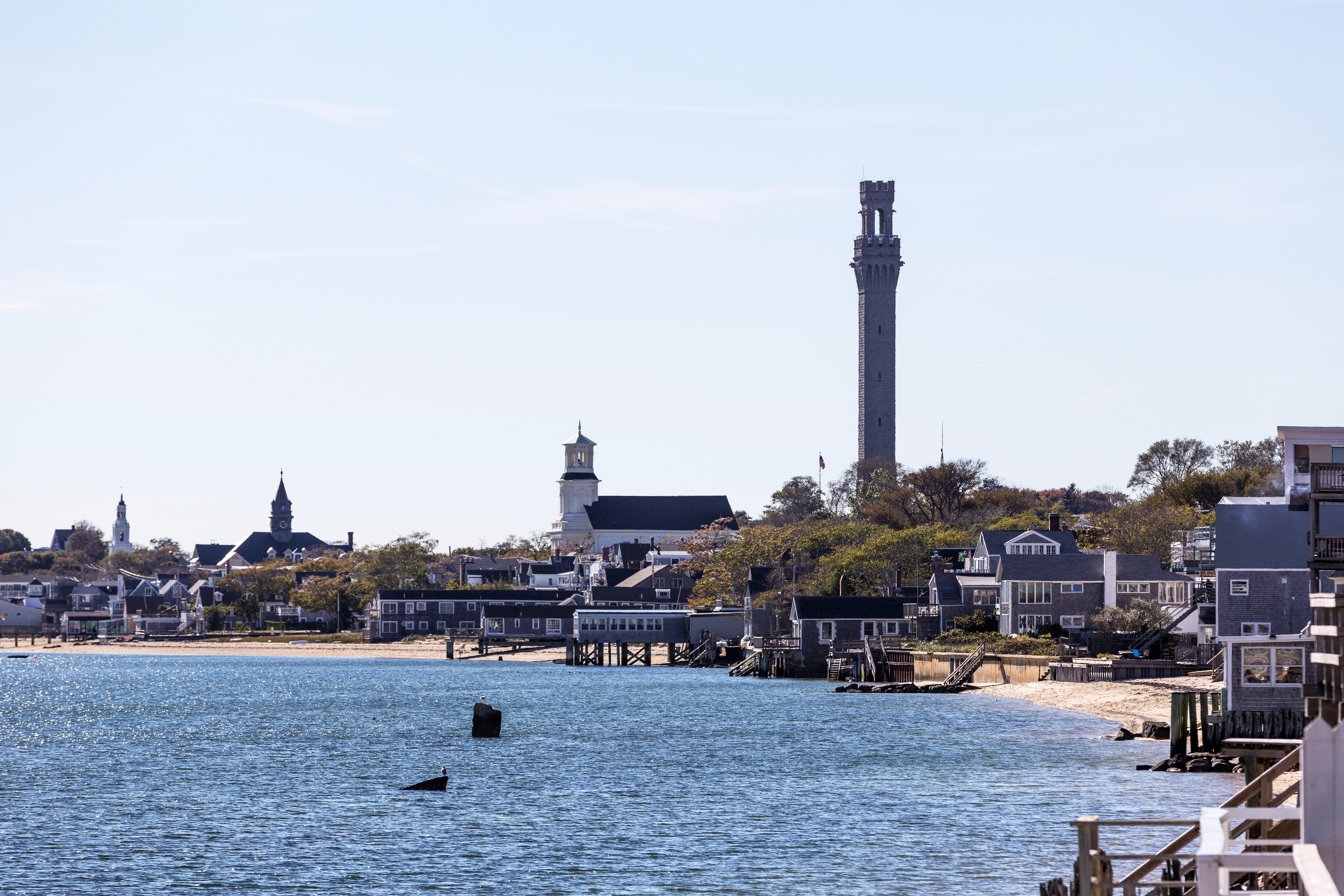 Provincetown is patrolled by its own Police as well as the Second (Yarmouth) Barracks of Troop D of the Massachusetts State Police. Provincetown has a volunteer Fire Department.

The data relating to real estate for sale on this site comes from the Broker Reciprocity (BR) of the Cape Cod & Islands Multiple Listing Service, Inc. Summary or thumbnail real estate listings held by brokerage firms other than the publisher of this website are marked with the BR Logo and detailed information about them includes the name of the listing broker. Neither the listing broker nor the publisher of this website shall be responsible for any typographical errors, misinformation, or misprints and shall be held totally harmless. All properties are subject to prior sale, changes, or withdrawal.